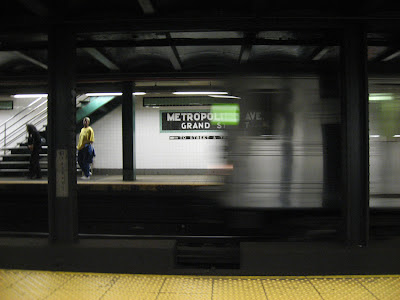 Georgene and I have returned from an intense 4 day weekend in New York and at MoCCA, the independent friendly comic show at the Puck Building in SoHo. Delta Airlines made our traveling unpleasant, but I won’t waste time on the details. We did arrive in New York by Friday afternoon which allowed us time to have coffee with Joy Kolitsky (In the Sea) in Brooklyn and also to see our friend Abby's play that night. I have to admit that after 2 hours of sleep and a glass of wine, the folks who put on the play deserved a more attentive audience than what they got in me. 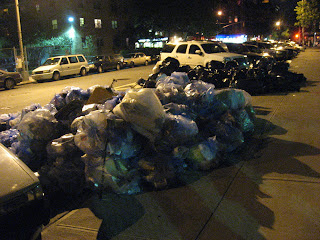 Saturday morning was the beginning of the show and my table was on the seventh floor. I was nervous that since most of the show was on the ground level that people would not make it up to my table. In the beginning of the show my fears seemed to be coming true and I began to talk to some show volunteers about ways to get more circulation up there. However, after a few hours, the crowds started to find us and we remained pretty busy for the rest of the weekend. In fact, not only was this my most successful show in terms of sales, but the seventh floor had a fantastic panoramic view of the city, lots of natural light, and excellent air flow. None of these were available to the same degree downstairs. 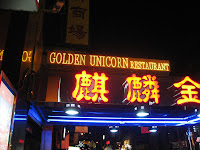 That night I joined the Indie Spinner Rack dinner at the Golden Unicorn in Chinatown. Georgene and I ate with Charlito, Mr. Phil, Monica Gallagher and Matt (sorry, forgot your last name, Matt), Fred Chao with girlfriend Dylan, and Disney Adventures’ Jesse Post. We then went to the Top Shelf party and then an Irish Pub after party where I drank too much and paid a heavy price the next morning. Sunday it was back to the show and I think sales were actually better on Sunday than Saturday, which never happens. During the weekend I met a bunch of cartoonists, including Jamie Tanner, G.B. Tran, Marcos Perez, Will Dinski, Joseph Lambert, Corinne Mucha, Pat N. Lewis, Matthew Swanson and Robbi Behr, and more that I simply can’t remember (sorry). 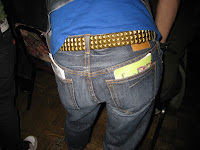 Something worth mentioning is that it seemed like I was constantly running into students from The Center of Cartoon Studies and I was impressed by the work I saw. I was on a limited budget so I only got one of their books but, from what I saw, the school is nurturing each student’s unique drawing style and most books were inventively designed and printed. I can’t comment on the stories at this point (except for the one), but I think they are worth checking out if you get a chance. 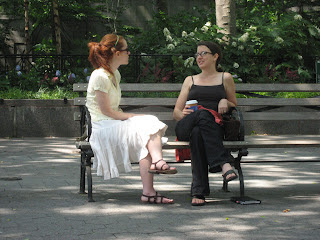 It also seemed to me that the there was a lot of quality comics out there. I’m going to post a second part of this report that will focus on individual books that I picked up, but beyond that, I saw many books where a lot of attention was put into how the book was designed in relation to the story. The best comics bring together a great story with great art and good book design, while not as essential, only helps the reading experience.
Posted by Robert Goodin at 7:31 PM

I'm really glad I picked up your minis, Robert. They were excellent. It was great chatting with you and Georgene, and all I can say is - move to Portland!

Hi! I just discovered your work while I was snooping around Jim Hanley's Universe and it is sooo beautiful. You are an amazing artist!

I'm practicing, every day, to get a style and a rhythm down. If you'd like to critique anything, give me a few pointers, I'd be honored:

Thanks! Glad you had fun in NYC. Come back and see us sometime!