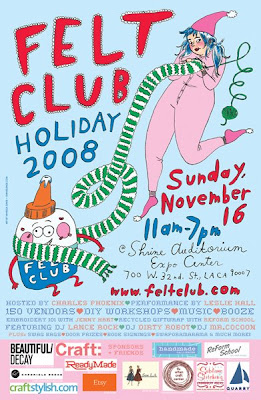 I'll be at Felt Club tomorrow. Where else can you get a print by Jordan Crane, some hand printed stickers by Steve Weissman, a plywood sketchbook by me, and a home made puppet? Felt Club would be the only place. Great place for early Christmas shopping; especially for weirdos.
Posted by Robert Goodin at 10:27 AM 1 comment: 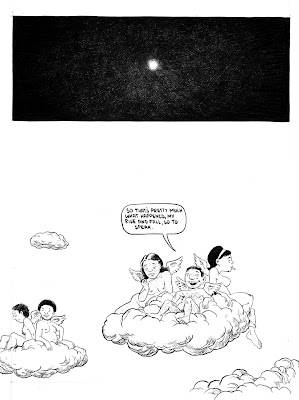 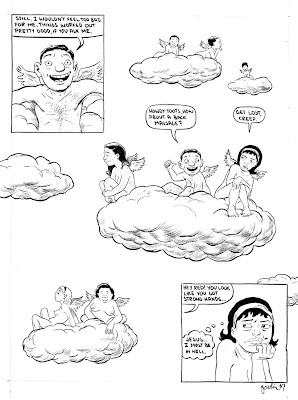 I've never before drawn two endings to a comic story and I doubt I ever will again, but in the case of The Man Who Loved Breasts, I did. One of my Top Shelf editors, Chris Staros, wasn't thrilled with the ending I had roughed out when I showed him the story. I agreed that it could possibly be stronger, but I was at a loss as to how to do it. I inked it with the rest of the story and showed it to Chris again, and again it was bothering him. I gave it some thought and even though I felt it was funny, I realized it was an ending to a different story. The story I had was about a guy and his love of boobs, not that one man's heaven is a woman's hell. With that realization in mind, I came up with an ending that stayed consistent with the theme of the story and I'm happier for it. I still like the old ending for what it was, so I'm presenting it here.

For those who are interested, I've been putting the original art of this comic for sale at ComicArtCollective.com, including these pages.
Posted by Robert Goodin at 6:45 PM 2 comments: