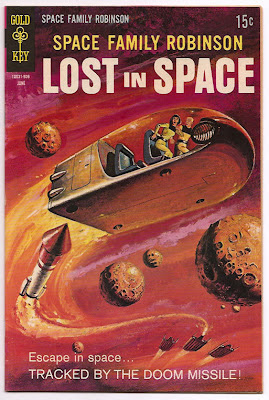 For the first time, I attended Wondercon in San Francisco last weekend. I had heard that Wondercon was not a terribly friendly comics show for independent publishers, but I still went to check it out. I did this for two reasons. One is that I can stay with friends in San Francisco and it’s a 6 hour drive from L.A., so my expenses are low. The other reason is, although my main interest is in independent comics, I still like to buy old mainstream comics from time to time. The one place I usually do this is at the San Diego Comic-con. However, over the years, more and more comic dealers have gotten squeezed out of Comic-con for toys, videos, or anything else that’s not comics. With Wondercon, I hoped I could break even on selling comics and also feed that old nerd impulse with the long boxes. 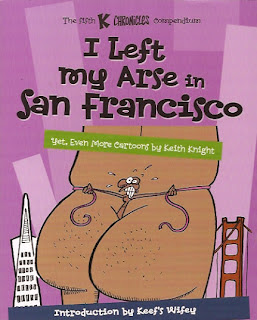 I’m happy to say that after three days of Wondercon, I made plenty of money to justify the trip, met a lot of great people, and found some cool old comics. If anyone is going there for indie stuff, you are bound to be disappointed. There are no publishers like Fantagraphics, Picturebox, AdHouse, Top Shelf, or D&Q. There is a small press area, where I was at, but it was mostly genre type stuff. There were a few exceptions, but not much. I did pick up Keith Knight’s new book, which is really good and met a great artist, Joey Chou who was selling prints and an illustrated book. I also bought Dungeon: The Early Years by Lewis Trondheim, Joann Sfar, and Christophe Blain. This is a great fantasy series that doesn’t seem to get a whole lot of press. If you were going to start reading Dungeon, I’d recommend starting with this book since chronologically it is the earliest one in the series and also one of the best.

The rest of my money went to old comics. I’ve been on a little bit of a 1960’s Gold Key kick, picking up some comics with those wonderful painted covers. Last weekend, I bought a Space Family Robinson and an issue of Mighty Samson with interior art by Frank Thorne. The stories and art in them are pretty good, but not great. The real highlights are the covers and I think it is interesting to see how the future was envisioned by artists 40 years ago. In the case of Space Family Robinson, the future would be filled with very well-adjusted, square-jawed men living in a sterile, dirt free environment. It’s pretty typical of its era.

I also managed to find a 1969 Gold Key reprint of a 1959 Dell adaptation of Darby O’Gill and the Little People drawn by Alex Toth. Toth drew a bunch of movie and TV adaptations for Dell in the late 50’s / early 60’s and I’ve wanted to check some out. It was worth the hunt because Toth’s work in this is really gorgeous. The way he varies making his marks (depending on if he’s drawing a rock wall, the folds of a jacket, or indicating the blades of grass in a field) is so seductive and so well composed. The color tends to overpower the drawing a bit, but a least it isn’t filled with horrible computer gradients. He truly was a master, and sadly, over his long career, the comics he did for Dell may have been the best written, and that isn’t saying much. I would love to see these stories get reprinted with less intrusive color or just in black and white, but since the rights would be tied up with film studios, I doubt it would ever happen. 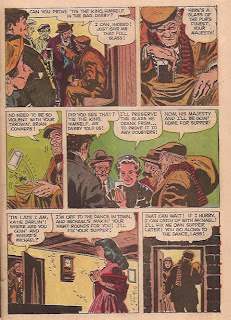 Another comic I dug up was a 1969 first issue (of 2) of Heroes, Inc. Presents Cannon by Wally Wood with one story drawn by Steve Ditko. A dealer had a box of these for $3 each. I’m not much of a Wally Wood fan. Although he could do some nice composing with blacks, I think his drawing is stiff and can be cloying. I do like Steve Ditko, however. Sadly Wood inked Ditko and the result is Ditko’s typically wacked out gestures become almost as stiff as Wood’s art. This is quite an accomplishment, just not a good one. There are three stories, two adventure and one humor and I don’t like Wood’s sense of humor either. There were a couple of interesting panels involving a white alien that left me wondering if Wood was dropping a little 1969 satire, but I’m not really sure. 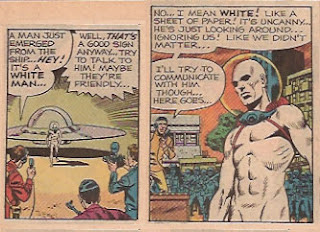 Other than that, I picked up some old Kirby comics which are always great. I also bought a Bizarro 2-parter that was in All-Star Superman because it was included in the Comics Journal’s best of 2008. After reading it, I don’t see what the big fuss is over. Quietly’s art is nice when it isn’t completely obscured by muddy computer coloring. Beyond that, I think I’m going to have to disagree with the Journal on this one.

So with Wondercon behind me, I have Stumptown in Portland, MoCCA in New York, and Comic-con in San Diego over the next 5 months.

I gotta save more dough.
Posted by Robert Goodin at 8:12 PM No comments: