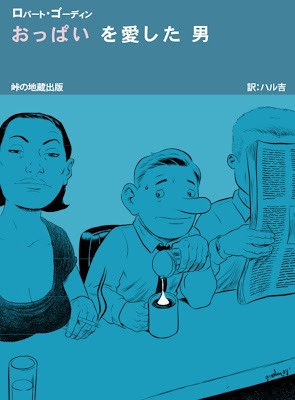 The Man who Loved Breasts has been translated into Japanese and is available as a digital download through Toge no Jizo. The download includes everything that was in the english print version which include the title story, George Olavatia: Amputee Fetishist, A 21st Century Cartoonist in King Arthur's Court, as well as end pages. It's basically the exact same 32 page comic, but in Japanese and as a pdf or ePub file. It costs 150 yen, which is roughly a $1.80. It's bound to be one of the stranger things on your Ipad.

Toge no Jizo is in it's early stages of translating comics into Japanese, but you can also download the work of Dutch artist Erik Kriek. Go ahead and bookmark their page to check out what may be next.

I'm having a hard time getting over how cool it is to see one of my comics translated into Japanese. 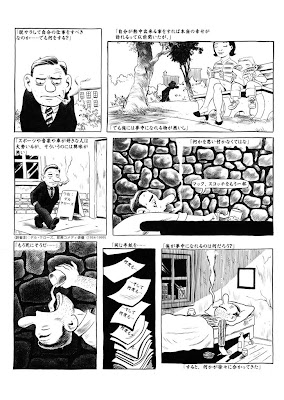 You just blew my mind, right there.

I forgot how amazing that comic looks! So nice.
It would be interesting to meantally try and figure out the plot without knowing the words.

This comic is still one of my favorites. A great story. congratulations, Robert!

Very cool!! By the way, I still love my two pages of orignal art from this book.