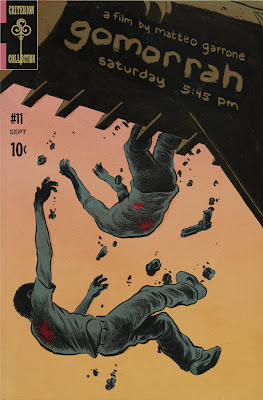 This weekend The Criterion Collection curated a film festival for this year's All Tomorrow's Parties in New York. Comic artists were asked to create posters for the different movies and I did the one above for Gomorrah. Criterion art director Eric Skillman did the finishing touches to make it look like an old Gold Key comic.
Posted by Robert Goodin at 8:01 AM 4 comments: 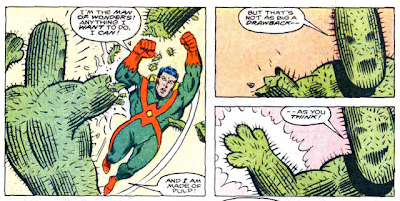 When I was a kid (or teenager), the West Coast Avengers was a comic that I regularly bought, but hated. This was a strange behavior that I had back then. I don't know if it was out of a Marvel fanboy brainwashing or if the problem was that I wanted to buy more comics a month than good ones were produced. Regardless, I bought Englehart and Milgrom's West Coast Avengers month after month hoping that it would get better and it never did.

At Comic Con last July, I was stunned to see my pal Anthony Vukojevich digging these out of quarter bins. Evidently, for him, these comics are transcendently bad and hugely entertaining. On a weird level I can see his point, Wonder Man's horrendous mullet, his costume, Englehart ending every sentence that is not a question with an exclamation point, the horrible art of Al Milgrom somewhat polished by Joe Sinnott, Iron Man's Transformer armor, etc. They are horrible on almost every conceivable level. They are the acme of bad. He's been enjoying the comic so much that he has dedicated a blog to some of his favorite panels. Check it out and maybe you can enjoy it like he can. I still don't have enough distance.
Posted by Robert Goodin at 7:58 PM 4 comments: