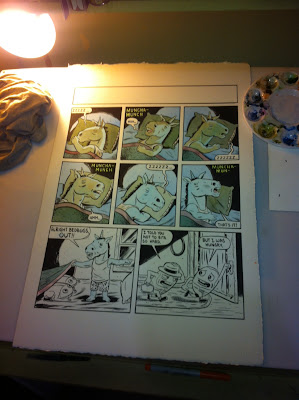 Over the past couple of years I've been hard at work on an all ages graphic novel called the Kurdles.  The story is roughed out and I've just begun the process of doing the final inking and coloring.  Here's a small preview of the roughs that will hopefully be confusing and won't reveal too much about the story.  Above is a one pager that is the first thing to get colored.  There has been a lot of gnashing of teeth on how to color it and I've settled on watercoloring it directly over the inks. 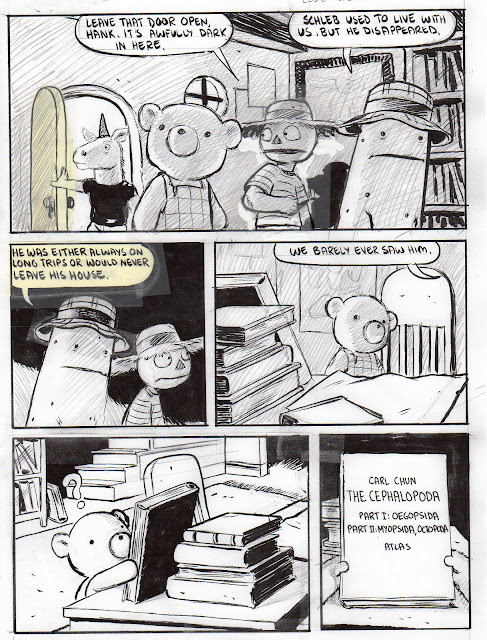 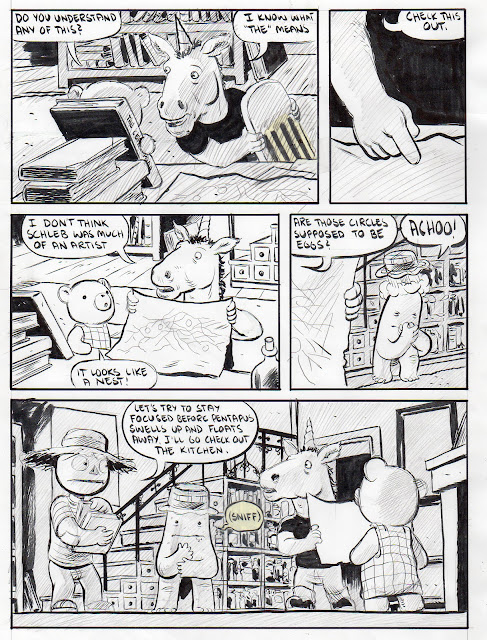 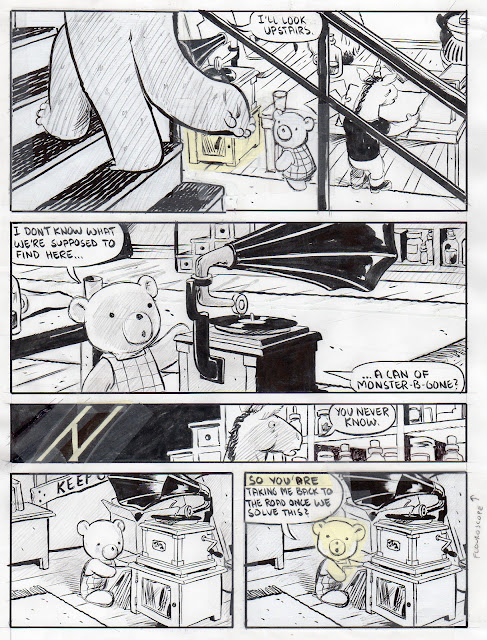